The surrey league is entering its 58th season and has grown into one of the largest and highest quality cross country leagues in the UK. The first fixtures of the 2017-2018 season were on two iconic courses: the beautiful and hilly Priory Park in Reigate and the home of cross country running at Wimbledon Common. Record turnouts in both men’s and women’s races meant the pressure was on to organise these prestigious events.

Despite their long history the Leagues have moved with the times and OpenTrack calculates the results and hosts the website. Team mangers enter the teams electronically either in advance or from the course on their mobile phones. The race organisers enter the times and finishing positions of the runners and the results appear on the site. Thanks to the hard working volunteer marshals and timekeepers we had most of the results displayed well before 6pm, in time for their perusal in the pub. The official results were out in plenty of time for the Athletics Weekly deadline. 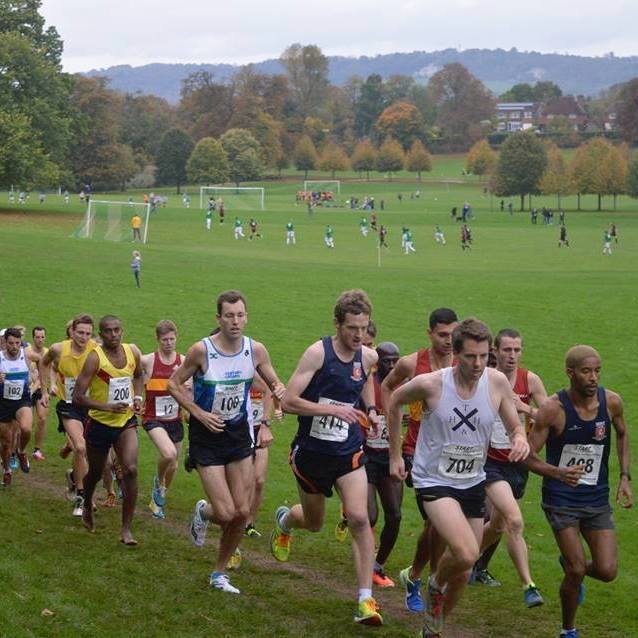 The Leaders at Reigate

We have received a lot of positive feedback from individual athletes all the way up to the League Secretary himself. As Thames boys we were even more pleased to see the Saltires win both fixtures and hence we are top of the Men’s and Women’s Leagues, for now. Get ready for Nov 11 when we will try and do it all again.