Ben Pochee and his team have being putting in some serious hard graft ahead of this Saturday’s races. All the distance fans for miles around will be heading for Hampstead Heath either to run or cheer on their chums. Later on in the evening the stars of European running will compete in the European Championships. Add beer and fan positioning, that is close enough to the athletes to be able to smell the effort, and you are destined for a top night out. The fact the athletes run through a beer tent, full of baying fans, says it all. It’s a terrific atmosphere.

We have come up with some fun animations from last years races to whet your appetite. Using the split data taken every 200m we can recreate the excitement of the race, just “sped up” a little. At the start of a race, athletes naturally pack together, the number of athletes in each pack is displayed along side the moving pack lines. The leading athletes are displayed on the left. As time and tiredness work their magic, the packs break up and we can see who is staying with the pace. The lead pack being drawn in green. Sadly, some will be lapped and as that happens they drop onto the inner ovals. Finally as they finish we see the official results on the right.

Basically, all the excitement of the fair - just bring your own beer.

We will again be working with the splits on this Saturday night. Results will be on this site, and maybe even a few interesting displays. 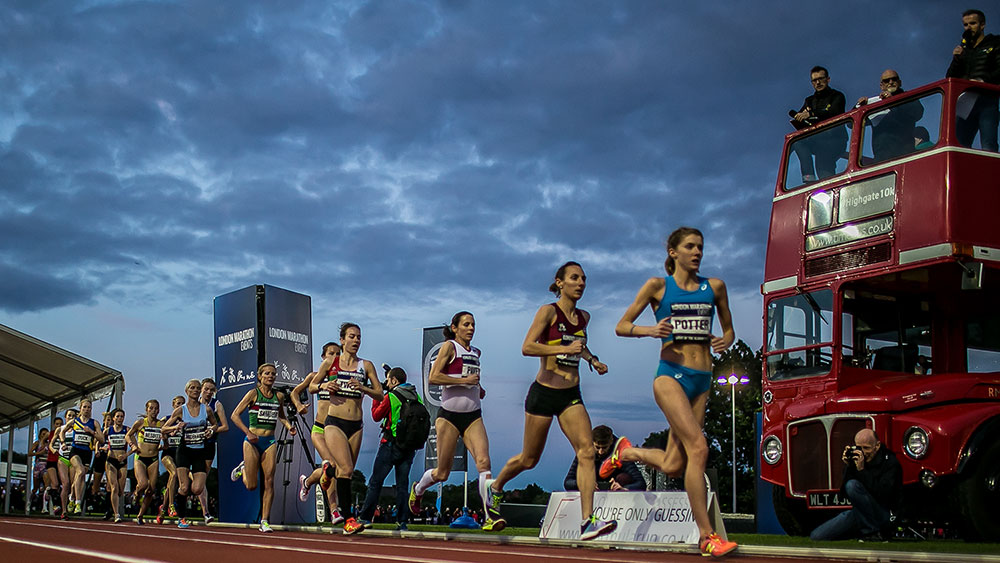